Green Onion Pancakes - This is the Keeper 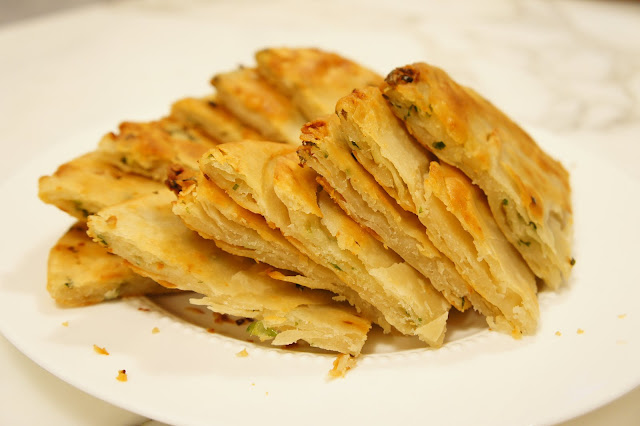 So, if you've been reading my blog over the years, you'll know that I've made green onion pancakes many times.  It was something we made in our restaurant when I was growing up, back when we were known for our beef noodle soup, potstickers, and green onion pancakes.  We only served the noodles and pancakes on Sundays for lunch and there was often a line out the door.  I don't remember there being other Chinese restaurants in town serving this back then and so we were well known across the Chinese community as the place to go.  I had always thought our pancakes were the best and having helped make them since I was in grade school, you'd think I'd be the pro.  It is a few simple ingredients, but getting them perfect is not easy.  It wasn't until many years later, after my parents sold our restaurant and I had returned from a year in Taipei that I found the Szechuan Noodle Bowl here in Seattle, where my now favorite green onion pancakes are made.

Theirs is a perfect combination of soft and flaky and wonderfully crispy.  I have been trying to duplicate them ever since and today was my best effort yet.  I might say confidently, that I have succeeded and this will be my keeper recipe.  I have to disclose that the ingredient list is not detailed.  The flour to water ratio is approximate because for whatever reason, each time I make the dough, I have to either add a little more water or a little more flour.  The dough, in the end, should be moist, but not sticky.  You should be able to work with it without having it stick to your hands, yet it should still be soft and easy to work with.  The most important discovery made is that you need to use a low gluten flour.  If you go to an Asian market, you might be able to find packaged flour that indicates that it's low gluten.  Sometimes the package will say it's good for cakes.  The low gluten flour is what makes the pancakes come out flaky and lightly crispy.

Using a standing mixer with a hook attachment, stir together the flour and salt.  Slowly pour in the boiling water with the mixer on #2 speed until dough forms into a semi smooth ball. 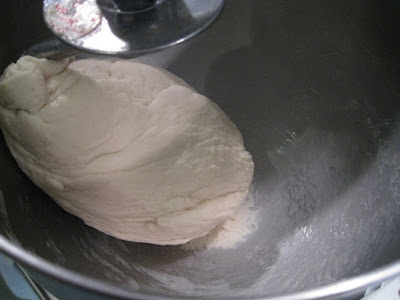 Remove dough and knead with your hands until smooth. Put the dough back into the bowl and cover with plastic wrap and let sit for 2 hours.

Knead each ball for a minute or so before rolling out.  Using a rolling pin, roll dough out until very thin.  Drizzle a little oil all over the dough and use a brush to spread evenly.  Sprinkle with salt, enough to very lightly coat the surface. I do this by eyeballing it. Then spread some green onions over top. Put as much green onions as you like.  The photo gives you an idea of what I use. 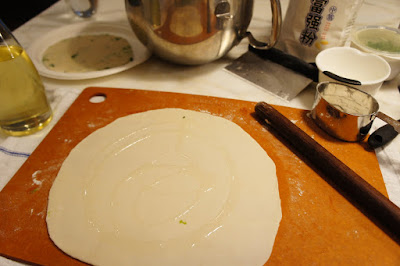 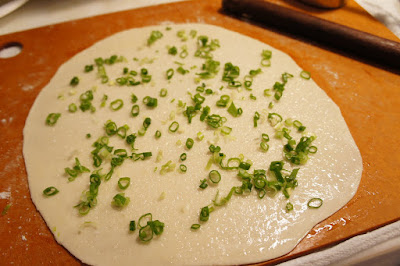 Roll the round up and then roll it up on itself so it looks kind of like a snail shell. 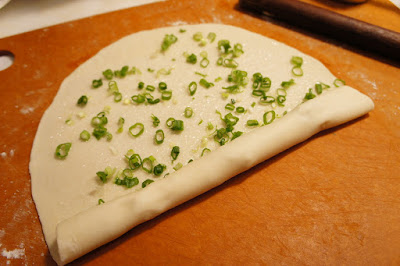 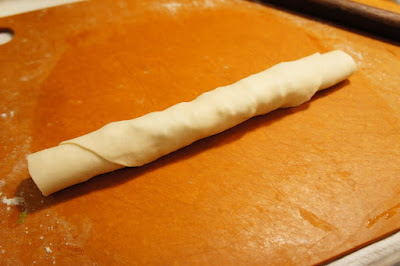 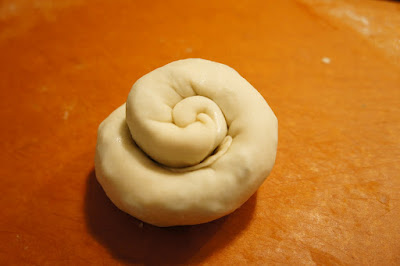 Use a rolling pin to roll them into small rounds, about 6-8" in diameter and about 1/4" thick. 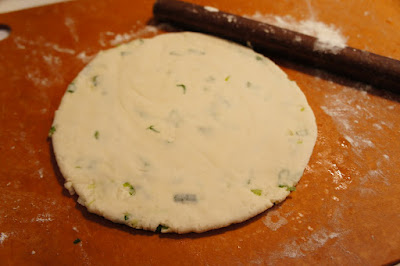 To cook, use a heavy cast iron skillet with about 1/4" oil, over medium heat.  Fry slowly until crispy and brown, flipping a few times on each side. 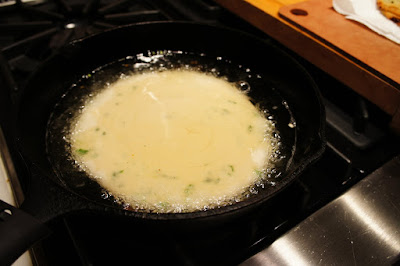 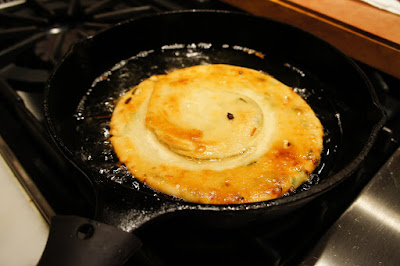 These are best served hot off the pan. Drain them on some paper towels before cutting.  They lose their crispness once they get cold, but in our house, we'll eat them cold out of the fridge as a snack.  I make a big batch as they freeze well and you can cook them right out of the freezer. 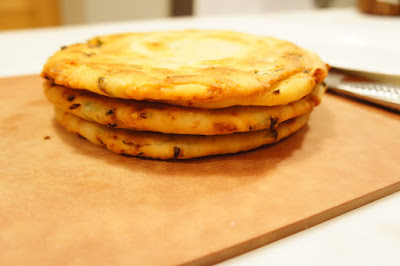 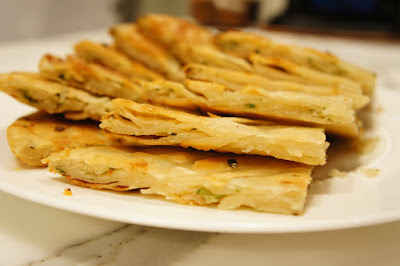