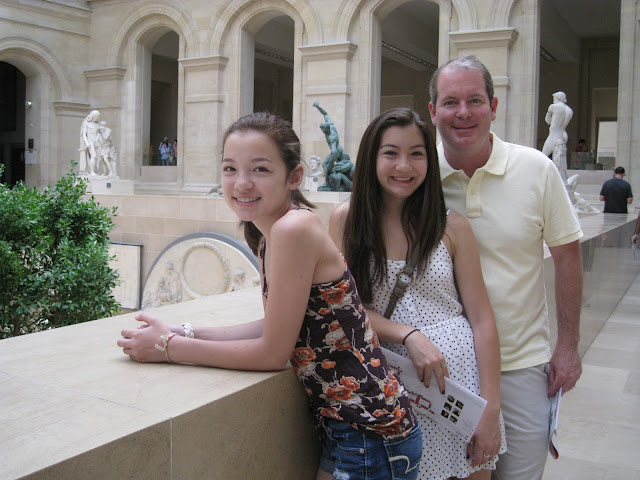 We awoke refreshed and ready for Chris' birthday in Paris.  It was a late morning wake up as we decided to revert back to our Emerton ways and take it slow.  We had another breakfast of croissants, baguette, jambon, butter, jam and some more paté.  We left the apartment at 12:30 and by 12:50, we were in the Louvre.  I am not joking.  After last night's post, I'm sure some of you gasped at the thought we may deprive our children the experience of touring the Louvre.  It was a moment of weakness, and we have recovered.

This may have been one of those events of total star alignment, good karma, the birthday gods shining down on Chris, or just good luck.  But today's trip to the Louvre was easier than crossing the Montlake bridge at 4:00pm.  My fellow Seattle-ites know what I'm talking about.  We left the apartment and walked 2 minutes to the Metro station and caught the train just as it was arriving.  We exited the train 7 stops later at the Palais-Royal - Musée du Louvre station.      Off the train, we turned right and headed down the tunnel toward the Louvre.  Passing through the Carrousel du Louvre, we walked right to the underground entrance and bag check area which had no line at all.  We wondered in disbelief if that was it.  Once in, there were many ticket purchasing stations full of people, but with our museum passes, we went directly to the Richelieu hall where Chris wanted to see the Apartments de Napoleon.  We showed our passes and the girls went through with no problem, unlike the experience we had at the L'Arc yesterday. This was the best route in and we spent it all in an air condition underground.  C'est trés bon!

Oddly, with all of the people lined up outside and the immense crowds in the ticket purchasing area, the exhibits we visited were not crowded at all.  I'd say there were maybe 10 people in each Salle, outside of ourselves. 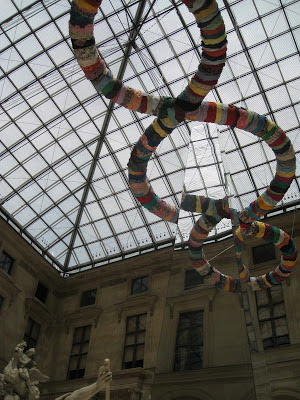 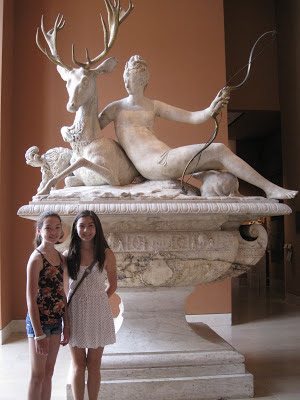 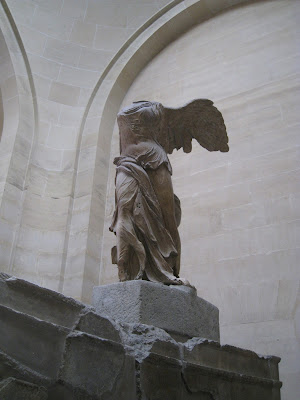 And then we came upon the area where the Mona Lisa was kept.  The crowds multiplied by a factor of a hundred.  We could hear the buzz like a swarm of bees as we approached. 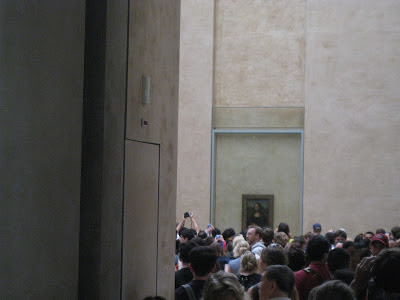 Yes, she was beautiful, and eventually, we made our way to her.  So, if you haven't seen enough photos of her, here's one more for you. 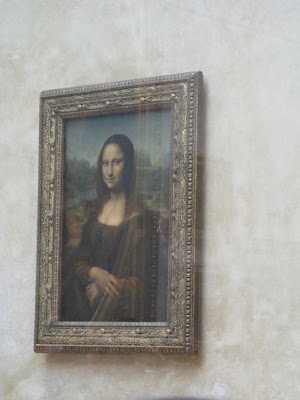 After a few hours in the Louvre, we went to Willi's Wine Bar on the suggestion of a friend.  I think they were perhaps closed in the mid-day, but let us come in to have some wine nonetheless.  We were the only people there.  But it was Chris' birthday, so a celebratory carafe of wine needed to be had.  We had a lovely white wine and then were on our way. 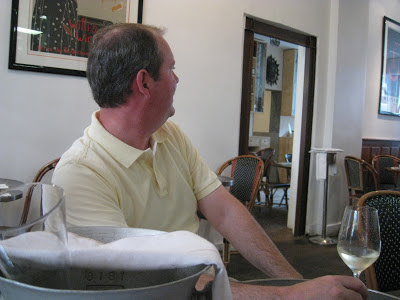 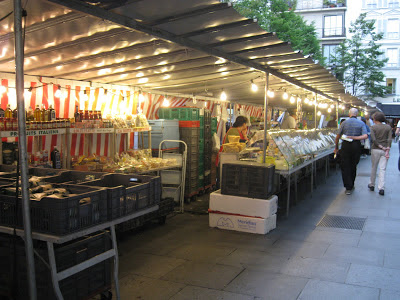 This was an outdoor market we passed on our way to the Metro. 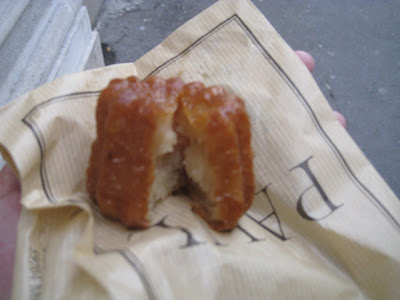 I bought this Canelé, but it was the same as the first one I'd gotten yesterday.  Perhaps it is just not my cup of tea.

After our wine, we walked for a bit and then got back on the Metro at the Jardin des Tuileries.  When we exited the Metro, a full thunder storm was in effect.  We quickly made our way back to the apartment and waited for the rain to pass. 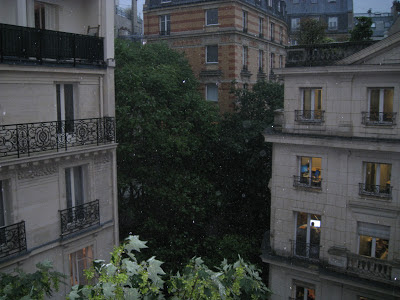 The skies became dark, like it was 10:00pm, and the rain fell in sheets with thunder and lightening.  But we felt the heat breaking like a fever breaking.  Hallelujah!  We had our little rejuvenation period and then were setting off for dinner just as the rain stopped.  I had made a reservation at Reed on a recommendation of another friend.  But during our walk after the Louvre, we came across an area of Japanese restaurants and Chris, our birthday boy, was intrigued.  So, our reservation for Reed was forfeited and we were going back for some Japanese food tonight.

We took the Metro back down to Palais-Royal, but were not able to get a table at Chris' restaurant of choice.  We then walked on and randomly chose a small, simple restaurant.  It turned out to be quite good.  Perhaps not the pomp and circumstance Chris' birthday deserved, but it would do. 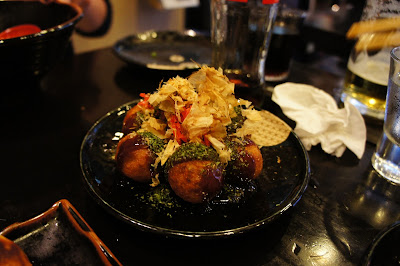 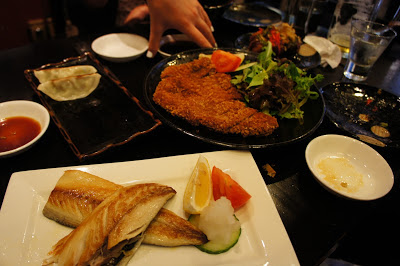 After dinner we walked back by the Louvre and caught the Metro back to the apartment. 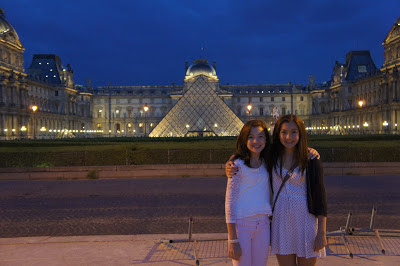 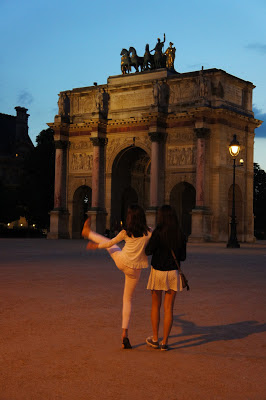 Another wonderful day in Paris.  Chris finished his evening with a Cuban cigar and then we tucked ourselves into bed to get ready for another day.
Email Post
Labels: Sidebar Info Trips