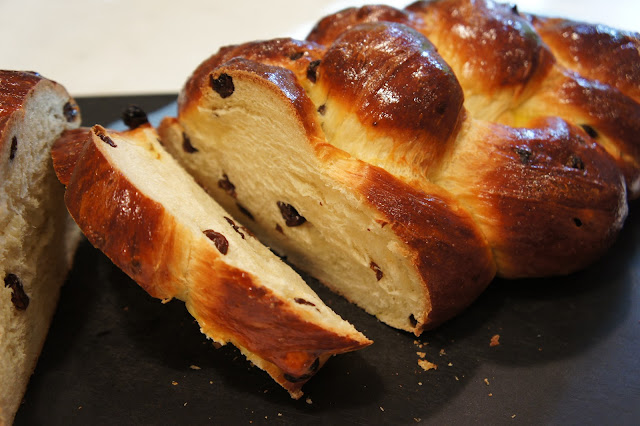 We seem to have an over abundance of eggs lately.  Our ladies must be enjoying the spring weather we've been having.  Last night I was searching for some new egg ideas and came across this recipe for challah at Smitten Kitchen.  I've never made challah before, or even a loaf of any other kind of bread.  I have, however, been very keen on challah lately.  It makes for the best french toast ever and a killer grilled cheese as well.  It's a good time to try making some challah.

I am far from having any expertise in challah, but Smitten's recipe was easy to follow and fairly easy to execute.  The rising process is not a very long one, which is nice.  I did, however, choose to do the third rising in the refrigerator for a few hours, as suggested, in order to achieve a "more deeply-developed flavor".  Using my KitchenAid standing mixer with the hook attachment was not a problem and made for much easier work.  I also added raisins to both loaves.  The braiding was not as complicated as I first thought it would be and working with risen dough is just, well, fun.

As promised, the aroma of the challah baking filled the house with a heavenly scent so good, it was worth the making of the challah alone.
I've not had challah with raisins before, but it really adds a nice dimension to it.  The outside crust was crispy and the inside was soft and light.  Wonderful.
In retrospect, I should have frozen one of the doughs, what was I thinking?  Will we get through two challah's before they go bad?  Well, not to worry, we can always make french toast! 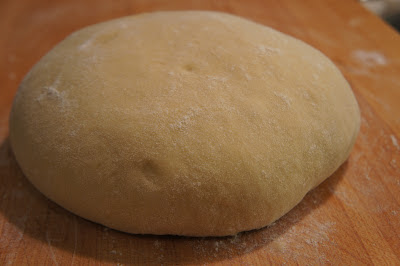 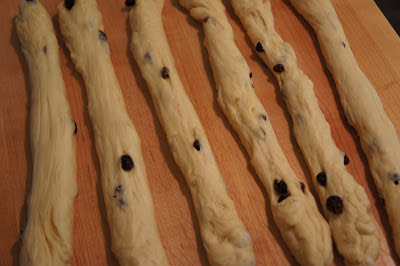 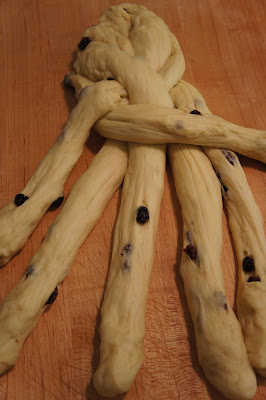 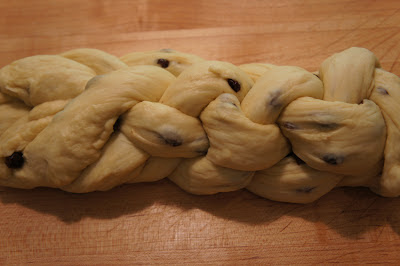 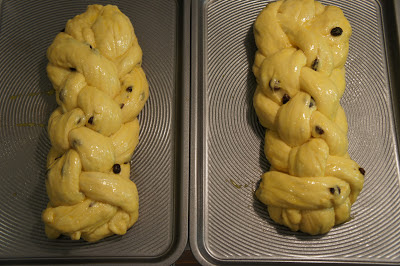 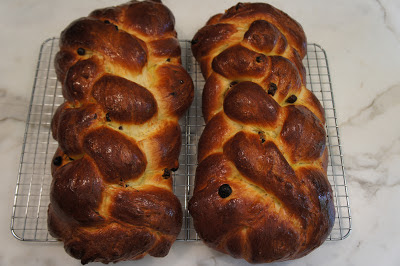 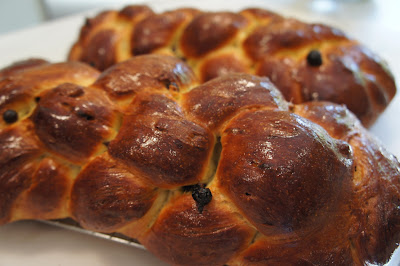 Thanks for the eggs ladies! 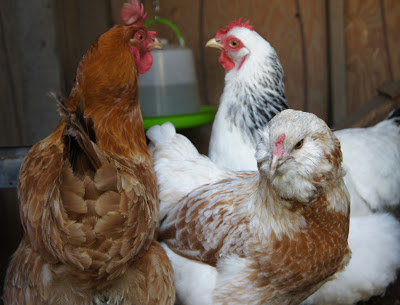