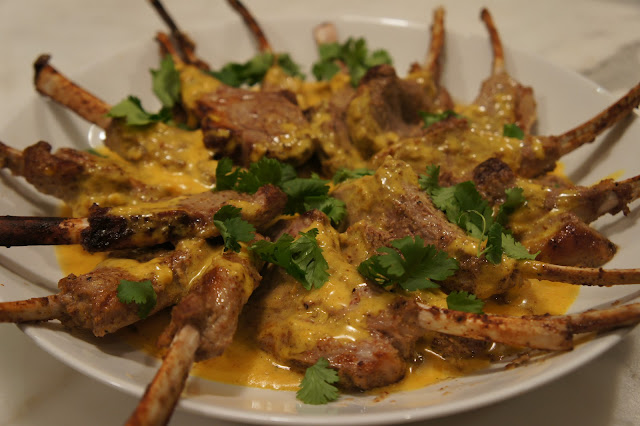 It's Friday and with all that has transpired this week, coming together as a family at the dinner table tonight feels all the more special.  Chris and Maggie made a quick trip to Vancouver, BC earlier this week and upon their return, Chris pulled out the Vij's cookbook which our friend, Marcel, had given to me, and bookmarked a few items they had eaten there.  Tonight, I start with the Marinated Lamb Popsicles, the first recipe I've cooked from this cookbook.

It's a simple enough recipe, which is what makes it even better.  I was not able to track down the dried green fenugreek leaves, so had to use ground fenugreek instead.  Two and a half teaspoons. I made the sauce ahead of time and rewarmed it to serve. 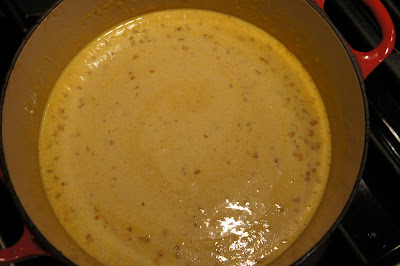 With the lamb, I made a broiled corn with fenugreek curry (which Chris and Maggie did not have there).  The recipe from Vij's cookbook is for asparagus and corn, but having not planned a side dish, I had to go with what I had in my refrigerator.  If it were not raining heavily out, I would have grilled the corn.  But as it is, here's what I did. 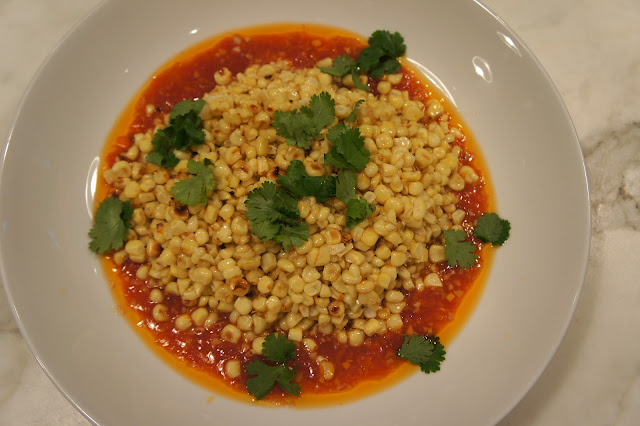 4 ears of corn
2 tablespoons of olive oil
1/2 teaspoon kosher salt
Cut the corn off the cobb.  Toss with the olive oil and salt.
Place corn in a single layer in a large baking pan.  Set under the broiler and broil for about 4-5 minutes, stirring once during that time. 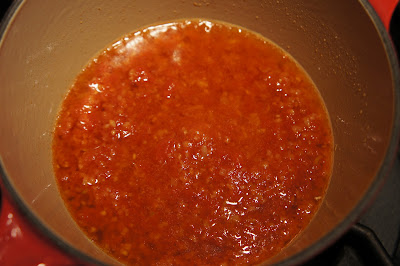 I used less cayenne for my kids, but otherwise, I would go with the 1/2 tsp for sure.
Heat the oil on medium heat for 1 minute.  Stir in the garlic and saute for 3-4 minutes, until lightly golden.  Stir constantly so that the garlic does not stick and burn on the bottom.
Stir in the ginger and saute for another 4-5 minutes.
Turn heat off.
Add the tomatoes and stir.  Add the fenugreek, salt and cayenne and turn heat back on to medium.  Stir together and cook for another 4-5 minutes until the top glistens with oil.
Add the water and stir, bringing to a boil.
Reduce heat to low and simmer for 5 minutes.  Turn heat off.

To serve, ladle the curry into the bottom of a shallow bowl.  You do not have to use all of the curry.  Use the amount you like.  Spoon the corn on top and serve with some fresh cilantro sprinkled over top.  Both were delicious, and more so with each bite. 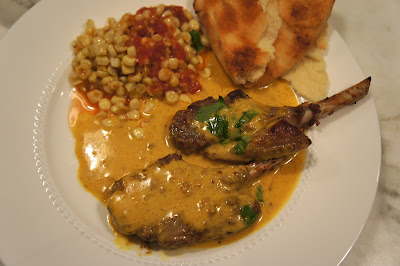 I have to admit, it is not the Indian with which I am most familiar.  This was more delicate.  The best and my favorite Indian food experience was at a tiny restaurant within the Chungking Mansions in Hong Kong circa 1991 when our friend Tim took us.  The Chungking Mansions 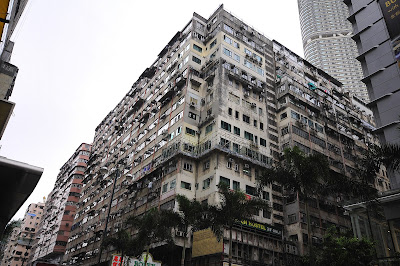 was a building primarily filled with hostel type rooms to be rented by the night.  It was, as Chris and his friends would say 'seedy'.  But they were all known to have spent at least a night or two there.  It was the best Indian food, and one of the most memorable experiences I have had in Asia.