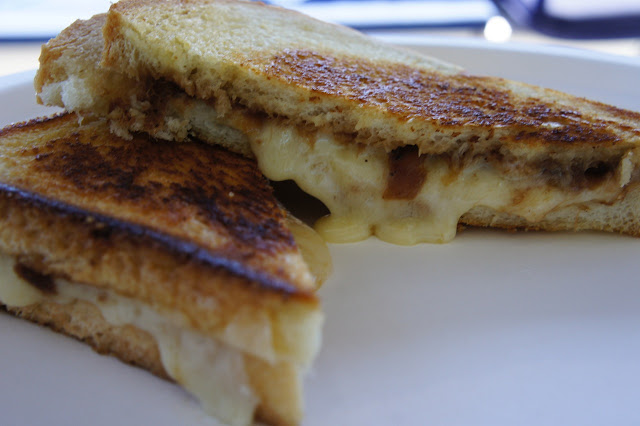 A slightly later start this morning had us leaving the dock at about 8:30am.  We were told this was going to be the hottest day of the year.  With the hot weather came little wind.  We expected a full 8 hour ride, at about 7 knotts, to Desolation Sound, so it was going to be more motoring.  We made our way up the Malaspina Strait north to Desolation. 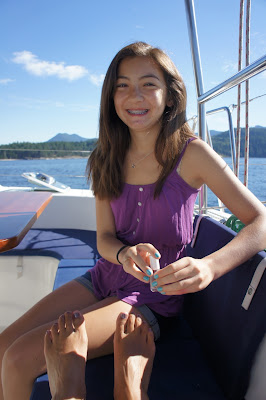 Breakfast for me was coffee, bran cereal and a Dramamine.  Two captain’s muffins, Honey Nut Cheerios, a granola bar, peanut butter sandwich and peanut butter jelly were also served.  What is a captain’s muffin you might ask.  It is a name we have adopted from a story a friend had told us years ago.  It is simply a toasted English muffin with peanut butter, but it is ordered by the captain of the boat, and the order must be barked down from the cockpit to the galley with bravado.  And that is the captain’s muffin.

It was a much calmer morning as we set off.  So calm in fact, that Maggie gave me a little pedicure while we were under way.  What a difference.  Those of you who know me, know how easily I get motion sickness.  I am the one who forces you to ride in the back seat.  I ride shotgun in taxis, on small planes, pretty much any vehicle.  If it’s a tandem bike, I’m still riding in the front.  So, you can imagine how happy I was today at the calm waters.  I would rather be in pain than be nauseous. 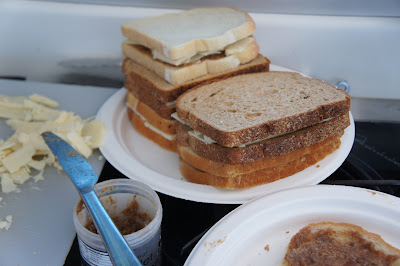 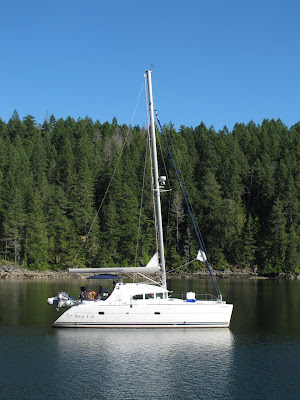 We arrived at Grace Harbour at around 3:30pm and found a good anchor spot for the night.  It was a well protected cove and the water was like glass.  We were anchored in about 50 feet of water.
Stella fished for a few minutes, but soon became bored.  We dropped the crab pot right next to our boat, more as a “might as well” rather than really putting any effort into it. 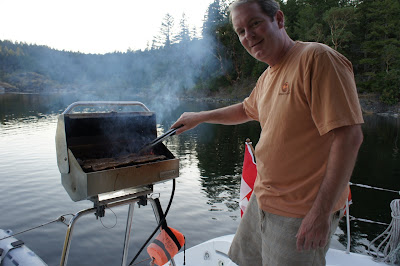 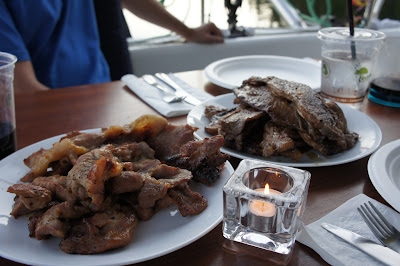 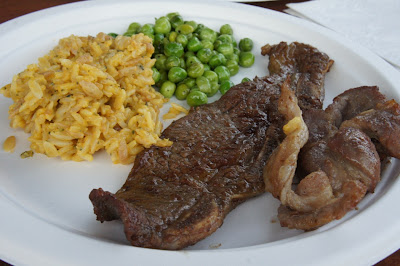 Dinner was grilled kalbi beef short ribs and sliced pork butt, a Stella and Maggie favorite.  I had marinated the meat back in Seattle and froze it for the slow thaw on board.  I picked up fresh English peas on Granville Island and made a boxed rice as a side. 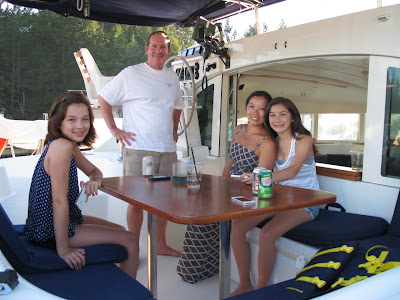 No luck on the crab pot, but a beautiful night, glassy waters and a stunning moon more than made up for that.
Email Post
Labels: Sidebar Info Trips