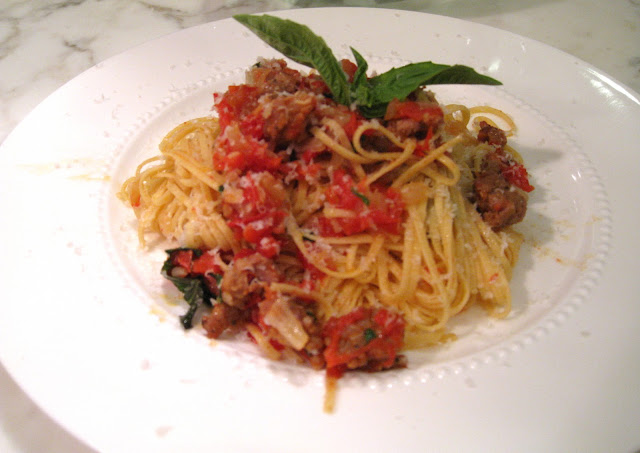 Stella had made the request that she make fresh pasta from the eggs one night.  We saved up some eggs and now that we have the week off from school, Stella had time for her home made spaghetti with sausage basil tomato sauce.  It is a recipe from this posting.  I sat in the office, working, and well, right now, writing this post, leaving Stella with the recipe and her own devices.  It was a wonderful afternoon, and a heavenly dinner!  Amazing! 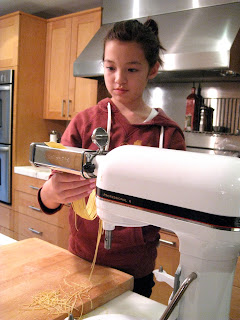 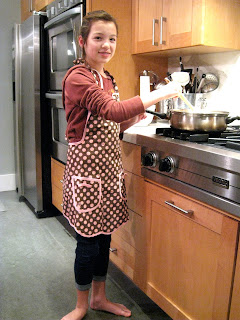 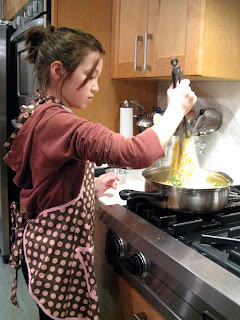 I am going to push my luck and test your patience with yet another chicken and egg post.  Have you had enough with my chicken and egg ramblings?  Perhaps some day it will become old news and the novelty will wear off, but for now, we continue to be ever so excited about our chickens and their egg laying.  Ruby and Rosie are laying every day.  They lay at the exact same time and jockey for position in the nesting area.  Although I put in two nesting boxes, they want to lay in the same spot.  Rosie, being the bigger chicken, nudges her way in, almost sitting on Ruby, but Ruby does not yield.  One way or another, Ruby eventually ekes out a spot next to Rosie.  The other day, Ruby laid a prize winning jumbo egg.  All I could think was, "that must have hurt."  We fried it up the other night when we had Raclette.  I ate it atop a piece of crispy brioche with melted raclette cheese and it was fabulous! 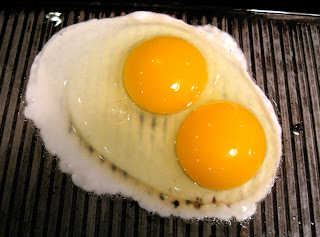 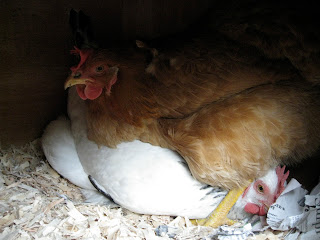 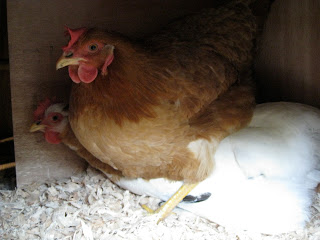 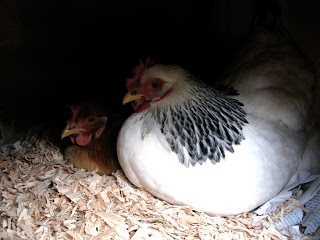 Bailey, our Americauna, has been very curious.  She goes up to check out the area when the other hens are nesting and then goes back up again after they leave.  For a couple of days, she sat in the nest for a while and then left, but no egg.  But then one morning, an egg appeared.  Bailey's egg is quite small and blush in color.  She continues to nest, but only one egg so far.  Nothing from Ally yet.
Email Post
Labels: Pasta Sidebar Info