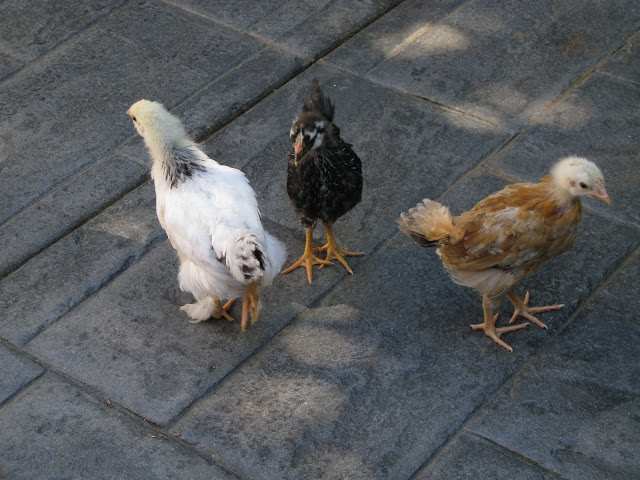 These chicks are not for eating.  But, we are hoping for some tasty eggs sometime in the near future.  Chickens have been on my list of "things to talk Chris into" for some time and I saw my opening a few weeks ago with a casual comment he made about a chicken coop he saw in a magazine.  It was a sliver of light, and I ran with it.


We brought our girls home last Monday at 3 weeks old.  Rosie is a Brahma, Allie is a Silver Laced Wyandotte and Ruby is a Buff Orpington.  As with any babies, it's been a mixed bag of excitement, concern and trial and error.  We've had the girls inside, outside, babysat already and today they will spend their first night in their outside coop.


Our biggest challenge so far is acclimating our Springer Spaniel, Pacino, to the chicks.  He is at a frenzy anytime we pay any attention to them, not unlike an older sibling when a new baby arrives.  But apparently, the bird dog in him, something I had not fully thought about, is an undeniable contributing factor to his interest in them.  Oops.... my visions of idyllic back yard chickens lying on Pacino's back in the sun is not exactly coming to fruition.  Before we had gotten the chicks, I took Pacino to our neighbors', who also have chickens, to see what his reaction would be.  Unbeknownst to them, they were our guinea pigs.  Pacino showed no interest at all.  So, I thought, green light!  As we slowly familiarize the chickens and Pacino, only time will tell how this story will bloom.


In the meantime, Pacino whimpers as he is forced to sit, leashed by my side, as the chicks get their well deserved time wandering the back yard.  Today the chicks will spend their first full day and night in the coop.  No doubt I will lie in bed wondering how they are.  In the works are plans for a larger coop and a chick cam so that I can monitor the chicks from my iPhone.  I will post periodic updates on the chicks and sneak in a photo here and there and anxiously await  our first eggs. 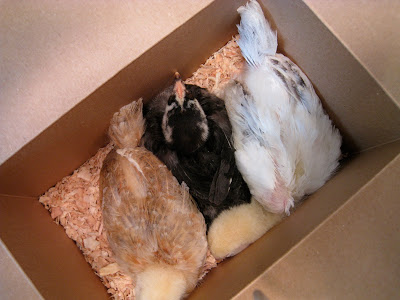 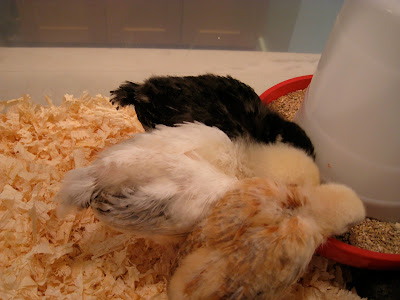 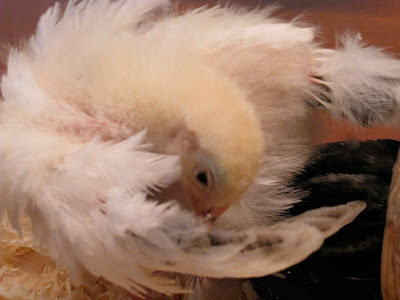 Rosie does a little self maintenance 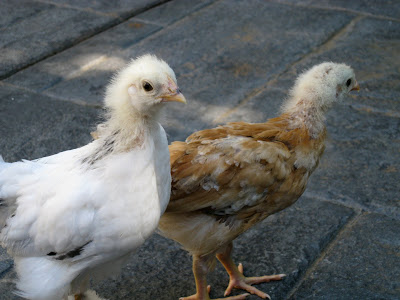 Rosie and Ruby check out the patio 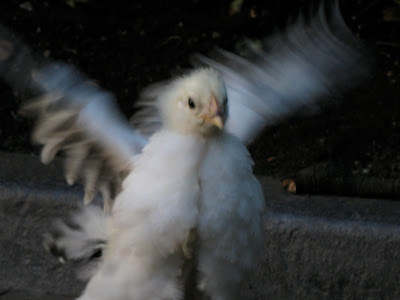 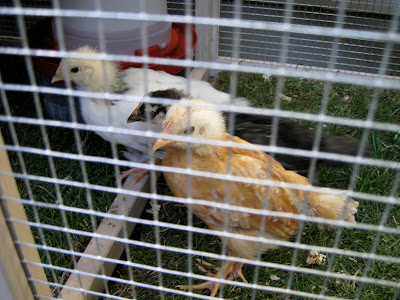 The girls in their coop
Email Post
Labels: Sidebar Info