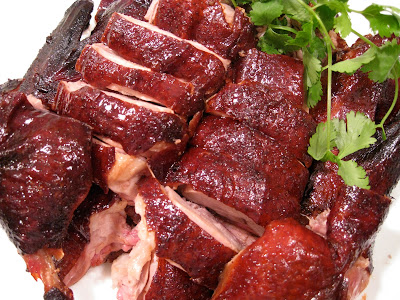 As part of Chinese week, it would seem a duck dish is essential.  Tea smoked duck has appeared on a few menus around town.  And having had it several times now, I've decided it was time to try one at home.  I called my mom for some advice, but unfortunately, she told me she has never made it before.  So, to the internet I went a searching and found this recipe which looked manageable and sounded right: Tea-Smoked Duck by Anita Lo. 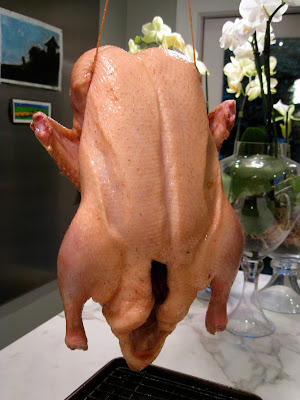 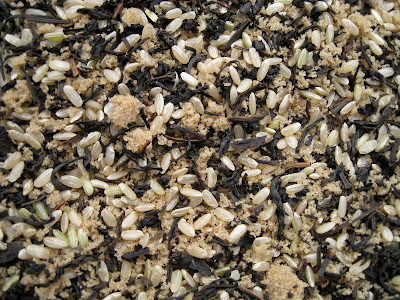 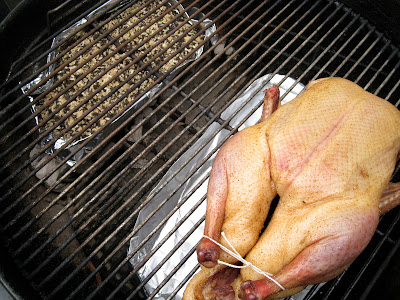 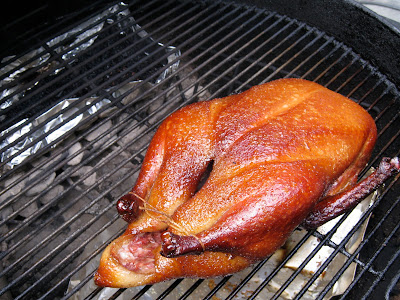 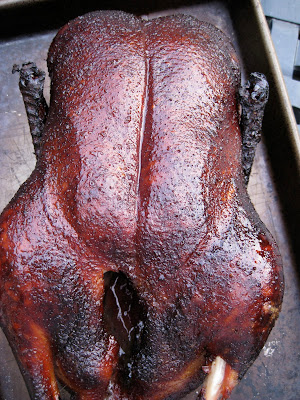 For smoking, I did not have the particular Lapsang Souchong tea specified in the recipe, so just used a generic black tea.  I suspect my neighbors were wondering what in the world was going on at our house.  The smoking of the tea, rice and brown sugar created quite an odor.  I think I got a caffeine buzz from inhaling the smoke while tending to the duck.

The flavor of the duck was right on.  The breast was perfectly tender and flavorful.  The rest of the duck could have been more tender, so I will have to think about that one.  Other recipes I found called for steaming the duck first and smoking it for a shorter amount of time.  I may have to try that next time.  Overall, a keeper.  Worth another go if for nothing else, a Chinese item cooked on the charcoal grill.  Two of my loves meet.
Check back tomorrow to see if we encountered any adverse side effects of the overnight duck hanging in the basement.
Email Post
Labels: Chinese Other Poultry